For Dedicated Gen 2 environments, infrastructure metrics report CPU, RAM, and disk space per host and mount point. The graphs differ when the environment has multiple clusters.

By default, the graphs include all hosts and an average over the hosts. To select metrics for specific hosts, click Filter. 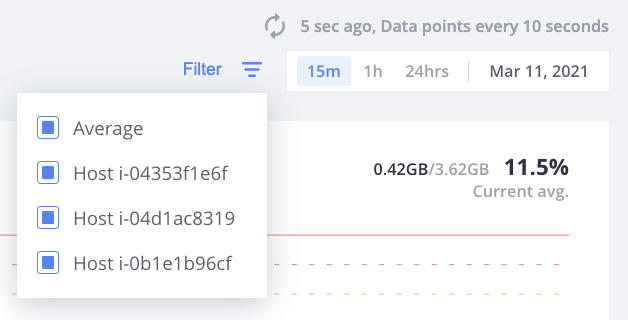 The IDs for the hosts in the list for filtering do not match the IDs for interacting with a host, such as for accessing the environment using SSH.

To get the host ID from an SSH connection, SSH into the host:

The relevant string for the host ID is shown after the @ and before the 7-character string at the end (f6ab9a6). In this case, the ID is: i-04d1ac8319. You can then match this ID with the one under Metrics for your investigations.

Standard Dedicated Gen 2 environments have a single cluster of three hosts, where each additional cluster adds at least three additional hosts to the project. Dedicated Gen 2 environments with two clusters display metrics in two separate groups: one for the web hosts that handle web requests and one for the service hosts that handle database, cache, and other services.

Example of how to read metrics

This example should give you an idea of how the metrics appear. Dedicated Gen 2 environments metrics show the resource usage per host within the cluster.

This reference project has a single PHP application and three services: MySQL, Redis, and Solr. It has been granted 4 GB of memory and 2 virtual CPUs per host based on its plan.

The metrics below are for a single Production environment.

Once you’ve read the metrics, see recommendations for action. 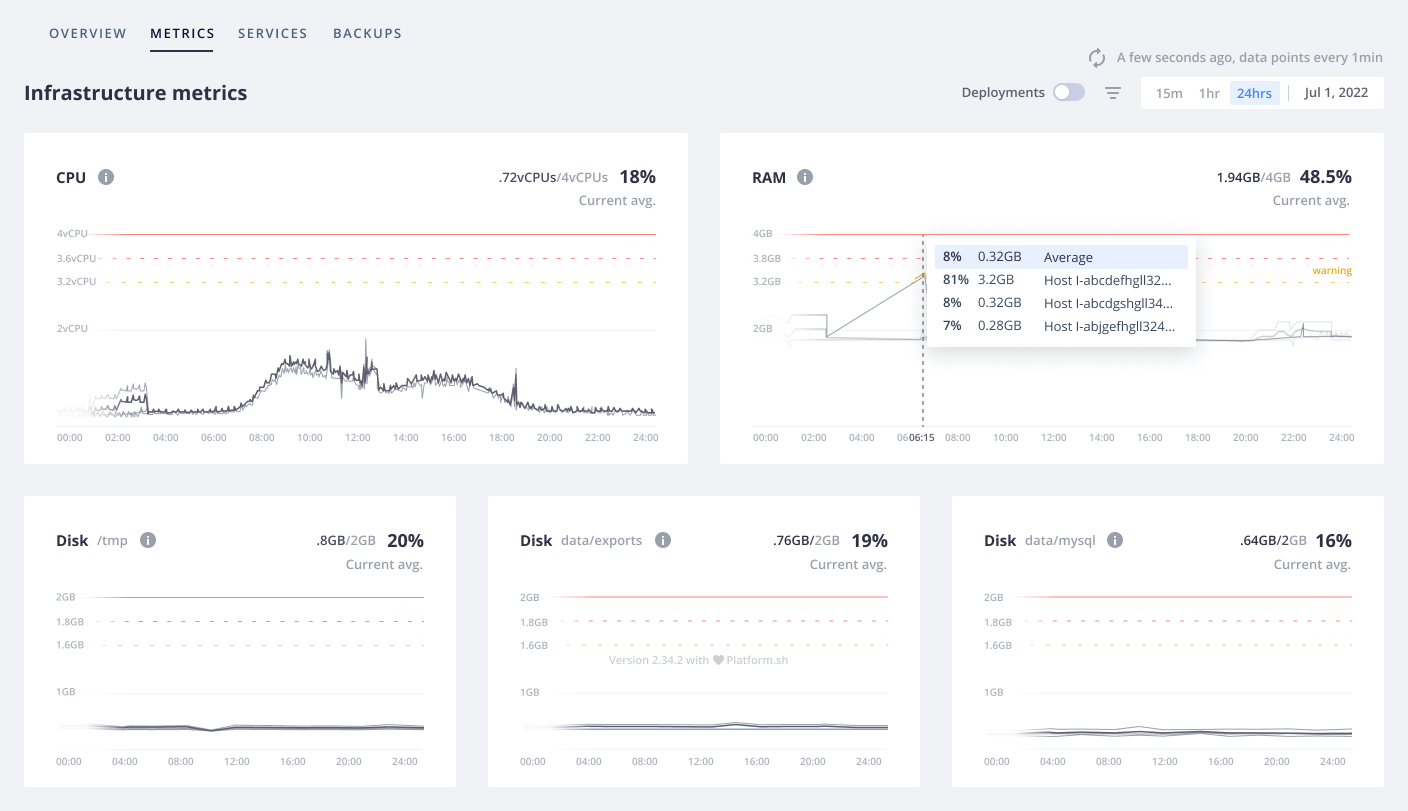 The project has 2 virtual CPUs allocated per host, as seen in the upper limit for the CPU metric.

RAM measures overall RAM usage, displaying the percentage of the RAM available for each host.

For this example, each host has been granted 4 GB of memory. The upper limit in the graph is 3.62 GB because 0.38 GB of memory are in use by the operating system.

Disk represents the plan space for all services and mounts, which for Dedicated Gen 2 production environments is 50 GB.

This example has the following persistent disk space configured:

For each host, you first see metrics for the root (/) folder. Utilizing this folder doesn’t count against the 50 GB set aside for your plan: it’s infrastructure disk, including the /tmp directory. It’s included in the metrics so you can keep track of build artifacts you write to /tmp and make sure that they don’t get too large and fill up.

Next to this space comes the other defined directories: for the MySQL service and the exports mount. 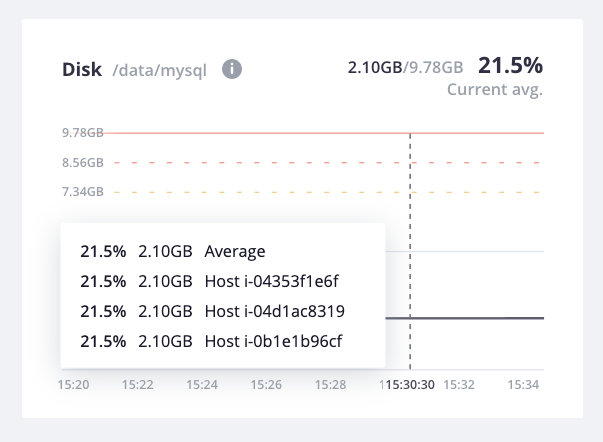